Mauricio Machado was born in Sao Paulo – Brazil in 1969. Art has always been very appealing to him, for the colors and ideas. At school he always stood out for his abilities of painting and creating. He was also influenced by his mother who took private painting classes. After watching her paint, he decided to join the same school.Mauricio was 10 then and that was when he made his first painting.

He painted modern art for several years because he always liked nature, in all aspects. At the same school, some time later, he learned (the “graffiti” technique) learning different techniques in it but always with the same style.Approximately in 1998 Mauricio changed his style to abstract but as he had always been found of experimenting, he created a new king of abstract by introducing new materials like iron, wood, aluminum, rocks and other kinds of materials, changing entirely his style by having these materials come out of the picture, in a 3rd dimension kind of way.

Mauricio Machado was born in São Paulo-Brazil in 1969.
He’s always been very attracted to art, colors and shapes.
He was influenced by his mother who was painting in a private school. After watching his painting, he decided to join.
The same school. Mauricio was 10 years old when he made his first painting.
At art school he has always excelled at his ability to create and shape to paint. 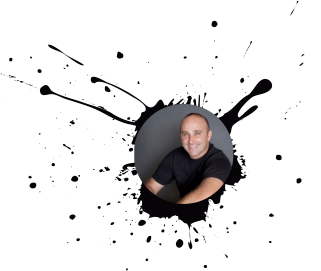 In 2000 Mauricio moved to Florida, USA where he found a greater variety of materials to use in his art helping him develop it even more in many ways.In 2006 hi found something more special in his live, God and his way to keep on the correct way, Jesus Christ.After that day never his live going to be the same, changed everything on his life, also the painting, putting on painting all things his is learning about your new live and the experience with God. In each new painting he start working on, He try to bring a new kind of ideas into his creation to pass to you the real truth of life. Each painting is unique with the differential that each piece can be created exactly what you looking for, made your home bealtiful and blessed.